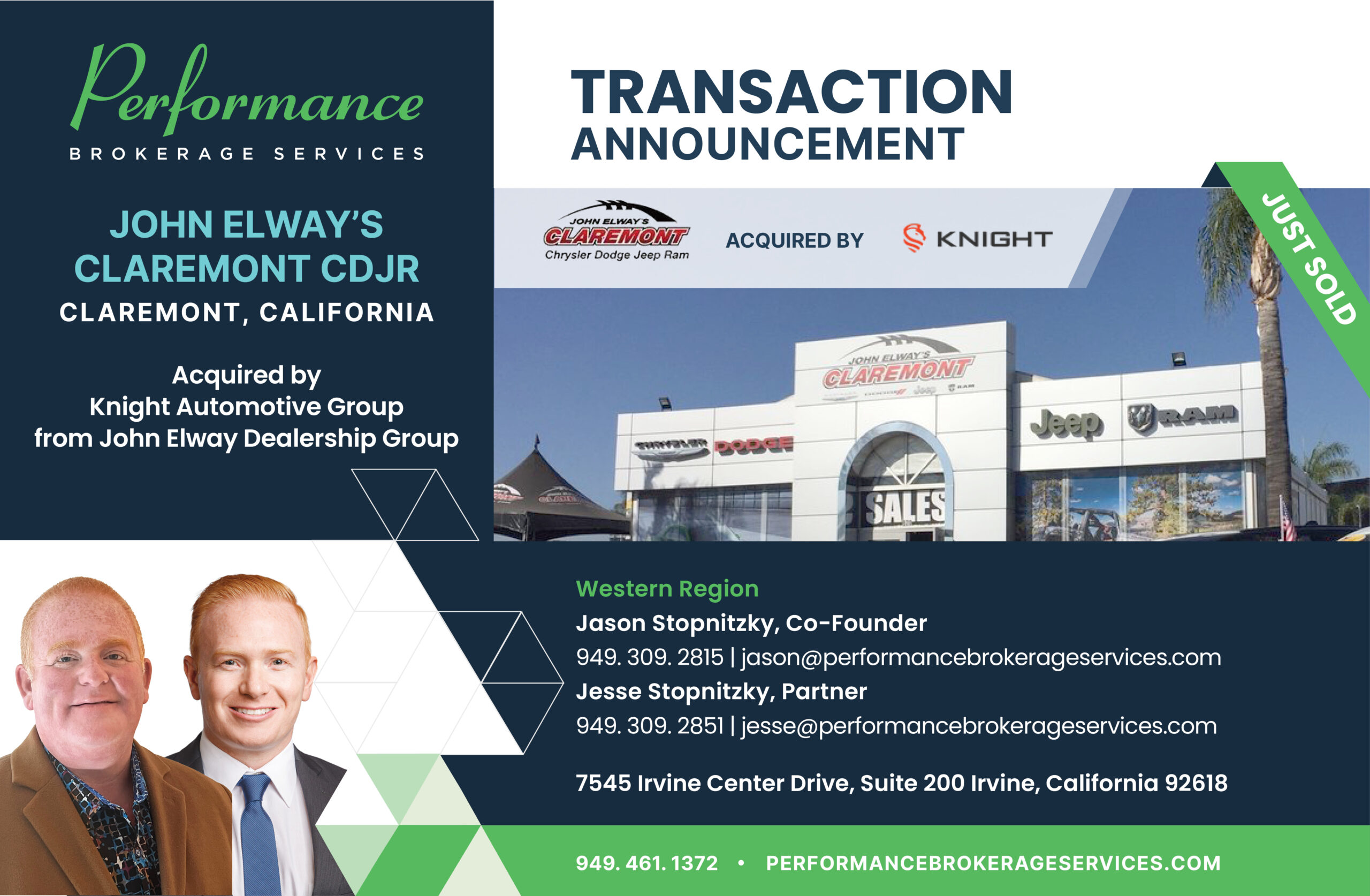 John Elway Dealership Group is headquartered in Englewood, Colorado and was established in 2004. The group now operates 7 dealerships across California, Colorado, and Utah. In 2017, John Elway’s Claremont Chrysler Dodge Jeep Ram opened with a state-of-the-art 65,000-square-foot facility. The dealership has remained active in the community, with an emphasis on supporting local schools and students.

John Elway Dealership Group is currently ranked as the 102nd largest dealership group in the nation by Automotive News for 2022.

Over the last 5 years, Performance Brokerage Services has advised on the sale of over 250 dealerships, making it the highest volume dealership brokerage firm in North America. In 2021, the company consummated 72 transactions, marking a record-breaking year. Jason Stopnitzky, Co-Founder, the exclusive agent for this transaction for Performance Brokerage Services commented, “This is our second transaction with the John Elway Dealership Group, recently having sold to them Porsche of Salt Lake City. It is always a pleasure working with such a professional and first-class organization, and we thank them for entrusting our firm with the sale. We recently worked with Kevin Knight and Braeden Mueller of Knight Automotive Group on their acquisition of two Ford dealerships in California and are proud to have assisted with their third transaction in the US. We look forward to working with both groups again in the future and wish them both tremendous success.”

Braeden Mueller, Vice President of Knight Automotive Group, commented, “The Knight Group wants to thank Jason Stopnitzky and his team for their efforts in finding another store that aligned with our objectives. Jason has continued to impress us with his level of market knowledge and professionalism through the entire process. We look forward to continuing our relationship with Performance Brokerage Services.”

The dealership will remain at its current location at 620 Auto Center Drive in Claremont, California and has been renamed Knight Claremont Chrysler Dodge Jeep Ram.