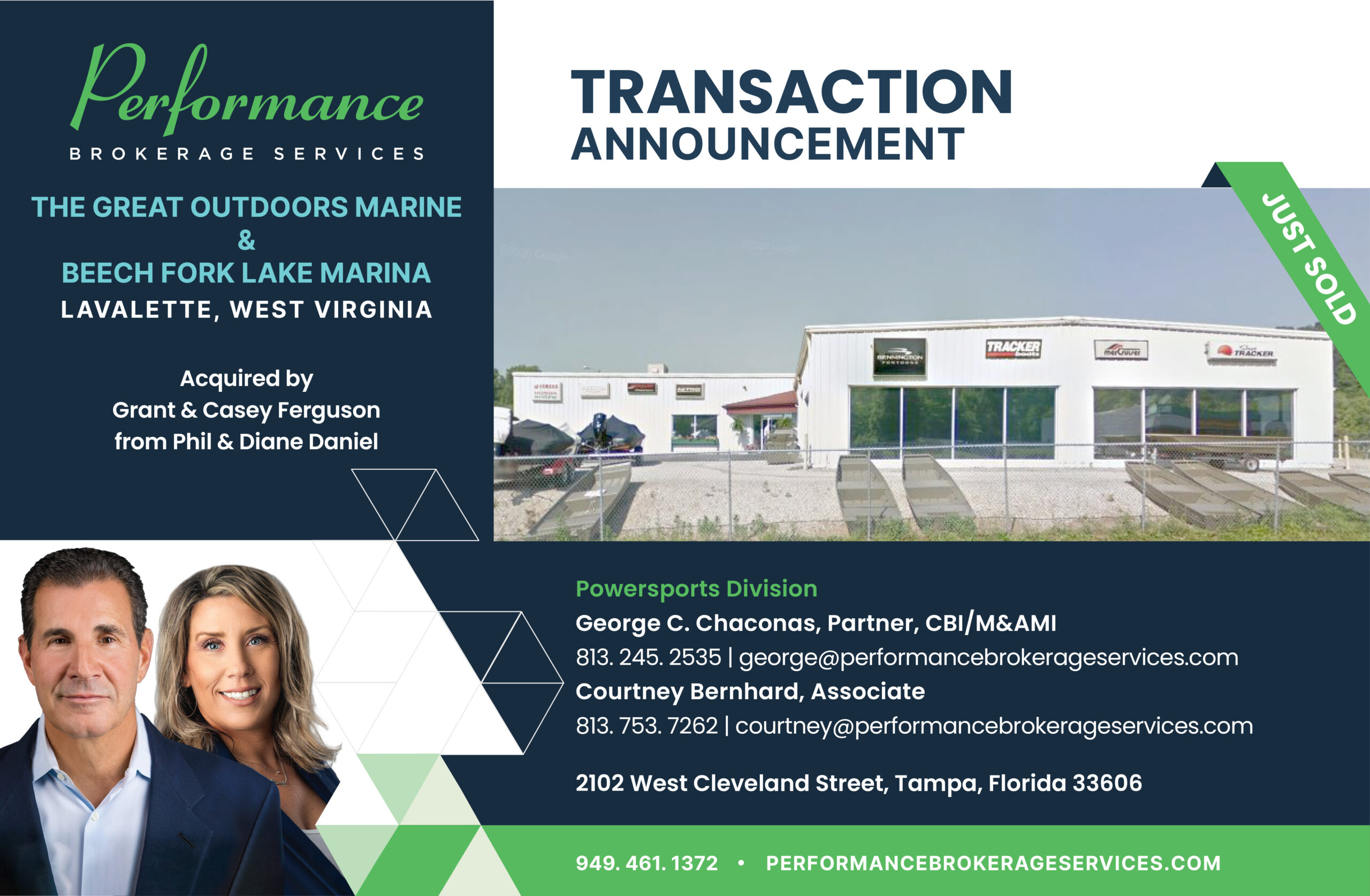 Phil, who grew up in West Virginia, heard from a friend that Beech Fork Lake Marina was for sale and decided to purchase it. In 1991, the Daniels opened The Great Outdoors Marine after the local boat dealer retired. Upon opening, the dealership offered only a few brands, but it expanded rapidly. In 1997, the Daniels built a new 20,000 square-foot facility after the dealership outgrew its original building.

The Daniels strived to create a culture among their employees to always provide outstanding customer service. They believed in the value of education and placed an emphasis on working to become better. These beliefs were fostered by their deep bench of tenured employees.

The dealership has been one of the Top 10 Tracker Dealers for more than 10 years and has been the recipient of numerous recognitions by other leading brands such as Mercury, Honda, and Godfrey.

Over the last 5 years, Performance Brokerage Services has advised on the sale of over 300 dealerships, making it the highest volume dealership brokerage firm in North America. In 2021, the company consummated 72 transactions, marking a record-breaking year. George C. Chaconas, the exclusive agent for this transaction and the head of the Powersports and Marine Division for Performance Brokerage Services commented, “It was an honor to help Phil and Diane Daniel sell their dealership to their General Manager after 31 years of ownership. The Daniels have worked very hard over the years, and now get to enjoy retirement spending time in one of their favorite places, the Hawaiian island of Maui. I would like to congratulate Grant and Casey Ferguson on their acquisition and wish them the best of luck for continued success.”

The dealership will remain at its current location at 4611 WV-152 in Lavalette, West Virginia.