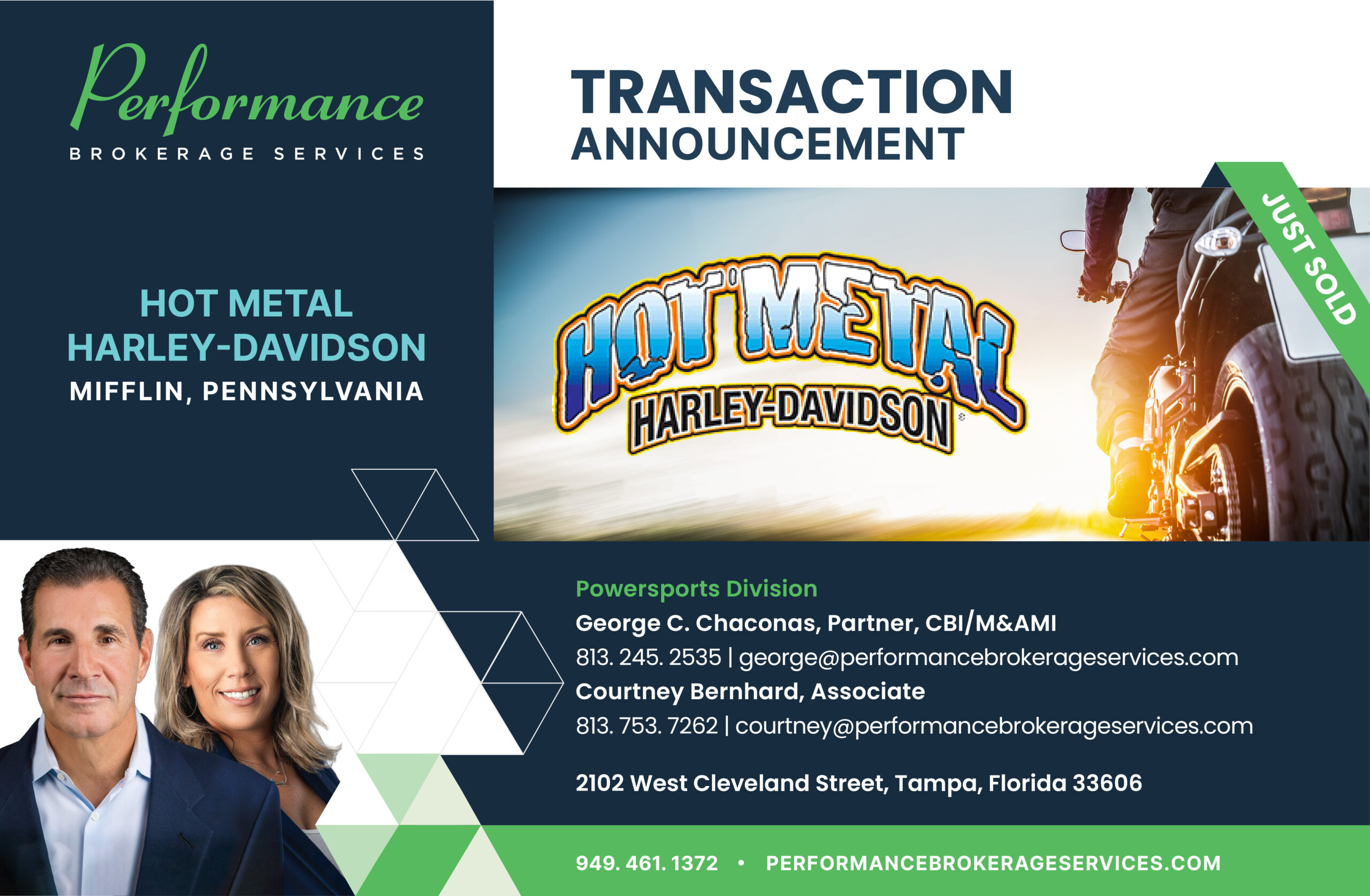 The dealership was established in 1964 in McKeesport, Pennsylvania as Harley-Davidson Motors. After moving several times, with many name changes, Hot Metal Harley-Davidson finally made its home at the Frito-Lay distribution center on Route 885 in West Mifflin where it operated since 2004.

When Toby O’Brien acquired the dealership, he and General Manager, Lori Flanigan, knew that the dealership would need a much different approach to reshape its future. An immediate staffing overhaul, systems upgrade, and regeneration of the service department was just the beginning. Toby went on to redesign and modernize the interior, and most importantly, the philosophy of the dealership. Hot Metal Harley-Davidson became known for their family values and their committed and hard-working staff who have a passion for motorcycles. Their mission statement was, “We fulfill dreams through the experience of motorcycle riding, by providing enthusiasts a legendary selection of motorcycles, branded products, and world-class service that is personal.” In dealings with customers, suppliers, and employees, Hot Metal Harley-Davidson was committed to promoting absolute integrity through honesty, fairness, dedication, loyalty, and passion, and the enrichment of the community through leadership by participation in civic and charitable endeavors.

Following the sale, O’Brien commented, “I have known George Chaconas of Performance Brokerage Services for many years and had finally made a decision to sell my Harley-Davidson dealership and hire George and his team. George was able to identify multiple buyers, but ultimately, we negotiated a buy-sell with the Verackas. Unfortunately, Harley-Davidson Motor Company decided to exercise their Right of First Refusal and assign the Asset Purchase Agreement to the three surrounding dealers and close the location. With a very heavy heart, it was not what I had intended for my legacy of 18 years as a dealer, my amazing staff, and loyal customers. I am hopeful that my employees will be able to get jobs at the surrounding dealerships and that my customers will get the exceptional customer service that they have grown accustomed to. Hot Metal Harley-Davidson has been a huge part of my life, and this was not an easy situation to go through. I appreciate George Chaconas and his Associate, Courtney Bernhard, for helping me navigate this very difficult, challenging, and emotional situation for myself and my family. I highly recommend George and his team when considering selling. I also want to extend a sincere thank you to my dedicated staff and customers who have become like family to me. Hot Metal Harley-Davidson will always hold a special place in my heart.”

Over the last 5 years, Performance Brokerage Services has advised on the sale of over 250 dealerships, making it the highest volume dealership brokerage firm in North America. In 2021, the company consummated over 72 transactions, marking a record-breaking year. George C. Chaconas, the exclusive advisor for this transaction and the head of the National Harley-Davidson and Powersports Division for Performance Brokerage Services commented, “I had the pleasure of meeting Toby at the Harley-Davidson Dealer Show in Boston over 5 years ago, and we have since developed a friendship. We recently started talking about his exit strategy since he didn’t have a succession plan. While we spoke to multiple prospects, we ultimately negotiated an attractive purchase with the Verackas. Harley-Davidson Motor Company exercised their Right of First Refusal, assigning the purchase contract to the three surrounding dealers to consolidate the market. I wish Toby and his family the best and much continued success to the surrounding dealers.”