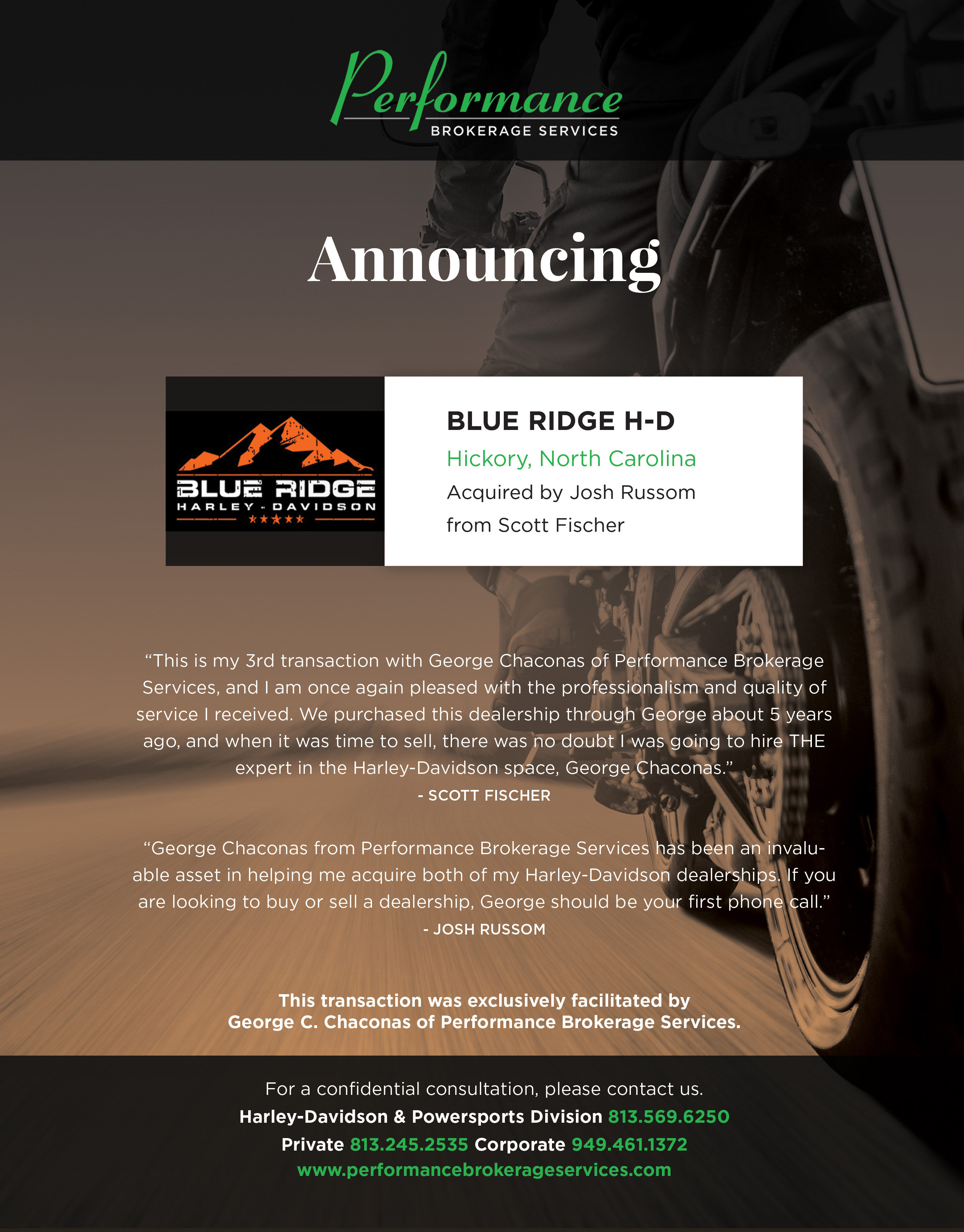 When Scott Fischer, owner of numerous Harley-Davidson dealerships, reached out to George Chaconas to sell Blue Ridge Harley-Davidson in November of 2016, there was significant interest by many parties. George and Josh Russom reconnected to discuss the dealership opportunity and see if Josh was ready for his second store. Quick to act again, Josh signed a Letter of Intent to Purchase within one month and the dealership transaction was closed two months later.

Josh Russom, is now an owner of two Harley-Davidson dealerships with his partner, Andrew Campbell, who is based out of Milwaukee, Wisconsin. The new owners are two young college graduates, both married with young children. Josh enjoys all types of outdoor sports whether it’s on the water or on the road and of course is a Harley enthusiast. Josh is ready for another challenge with his purchase of Blue Ridge Harley-Davidson.

Along with his business partner, Andrew Campbell, who has a degree in Supply Chain Operations Management and Marketing, as well as an MBA, the two are certainly up for that challenge. His history with Harley-Davidson and his education have led him to becoming a Harley-Davidson dealership owner. He also enjoys the outdoor life with his family.

Josh plans to keep the name Blue Ridge Harley-Davidson and the dealership will remain at its current location at 2002 13th Avenue Drive SE in Hickory, North Carolina.

George C. Chaconas, the exclusive agent for this transaction and the head of the National Harley-Davidson and Powersports Division for Performance Brokerage Services commented, “It brings me pleasure to see a new generation of Harley-Davidson riders, enthusiasts and now dealers. I wish Josh and Andrew continued success and am honored to be a part of their growth. I thank Scott Fischer for once again allowing me the opportunity to earn his business.”