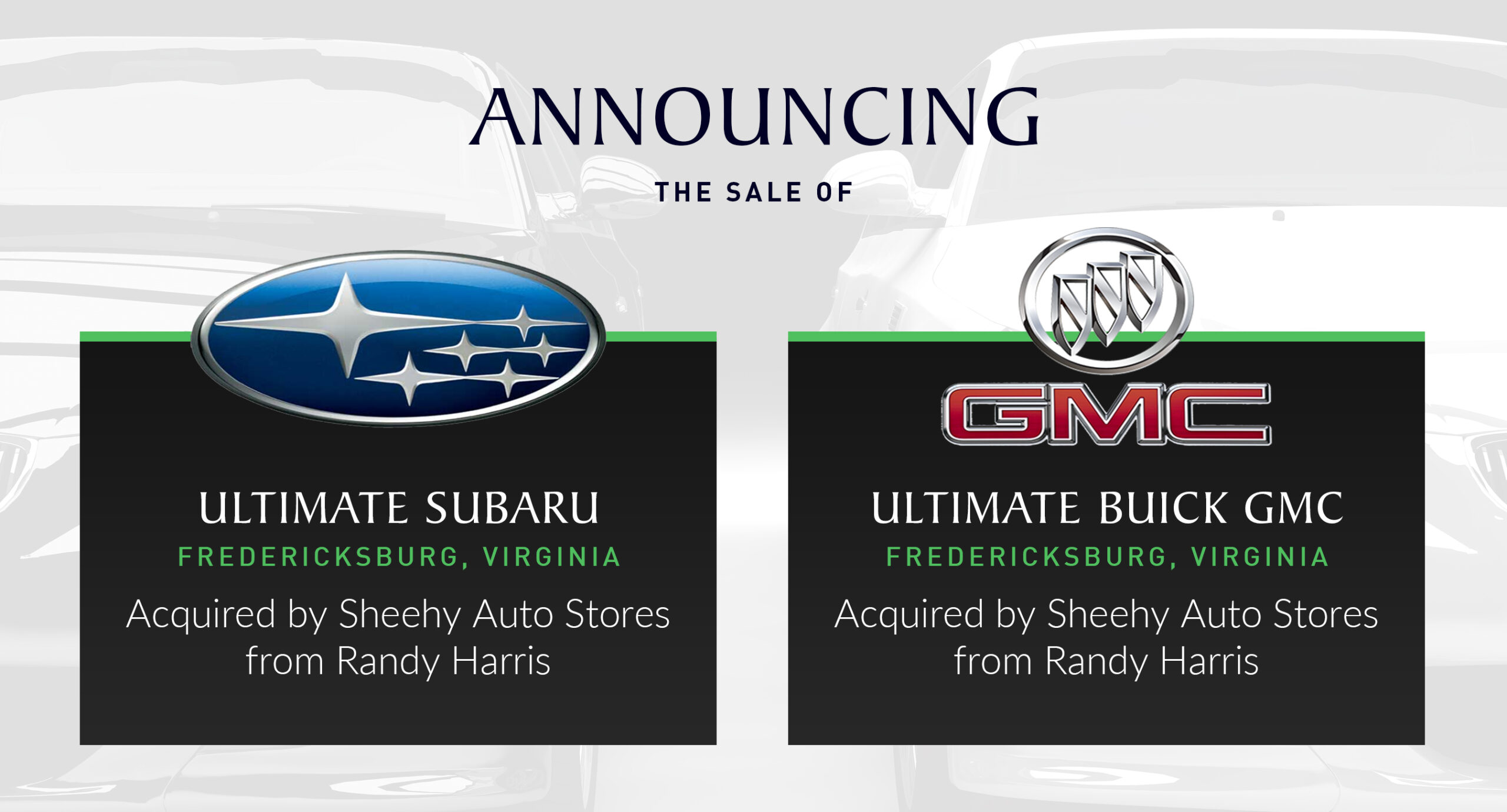 Automotive News reported the following on the transaction:

Sheehy grows in Virginia
Sheehy Auto Stores of Fairfax, Va., has purchased import- and domestic-brand stores in Fredericksburg, Va., about an hour’s drive south of its headquarters.

“Sheehy Auto Stores is thrilled to be expanding in the Fredericksburg market,” Vince Sheehy said in a statement. “With the Toyota, Subaru and Buick-GMC brands, we will be in a great position to have exactly the new and used vehicles our customers want.”

The transaction marks the third Subaru store and second Buick-GMC dealership for Sheehy, which has dealerships in Maryland and Virginia.

In January, Sheehy bought one of the last CarMax Inc. franchised dealerships: CarMax Laurel Toyota in Maryland. It also sold a Ford dealership in Marlow Heights, Md., in April.