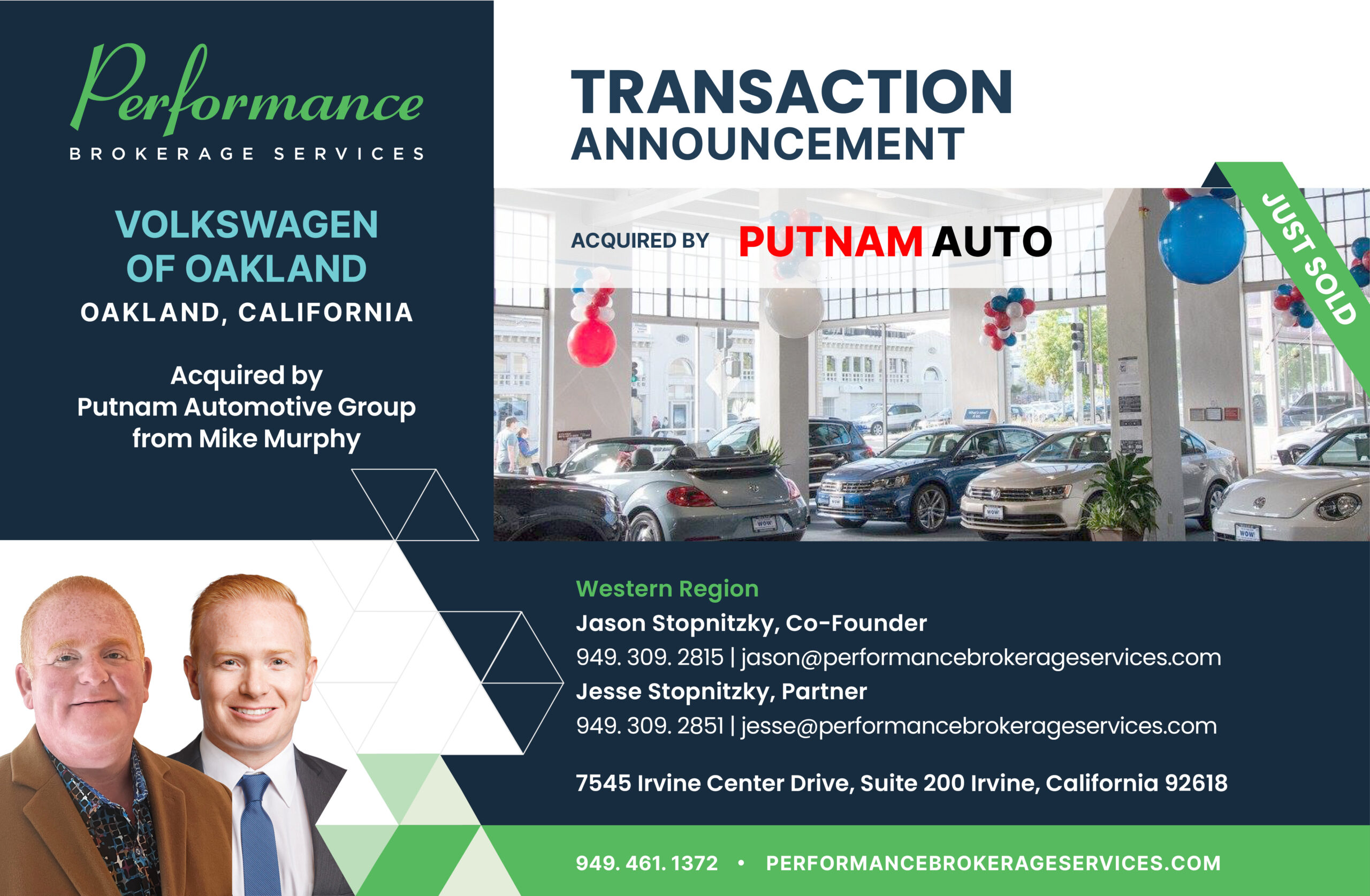 Volkswagen of Oakland is located in the heart of downtown Oakland, California and has been a part of its community since the late 1950’s. The dealership has been family owned and operated for the past 26 years by the Murphy family, with Mike Murphy serving as President and his two sons, Chris and Mike Jr., serving as General Manager and Used Car Manager.

Mike Murphy is the Founder of the Love From Margot Foundation, which he created in 2012 in memory of his wife, Margot, to help those suffering from cancer and other life-threatening diseases.

Following the sale, Murphy commented, “I have been an auto dealer in the San Francisco Bay area for 40 years. As I was approaching retirement, I reached out to Jason Stopnitzky of Performance Brokerage Services to handle the sale of my dealership. Having worked with Jason in the past on other transactions, I was always impressed with his professionalism and attention to detail. Jason found me an excellent buyer and the whole process went smoothly. I am very grateful to Jason and the entire team at Performance Brokerage Services who were a joy to do business with.”

Over the last 5 years, Performance Brokerage Services has advised on the sale of over 250 dealerships, making it the highest volume dealership brokerage firm in North America. In 2021, the company consummated 72 transactions, marking a record-breaking year. Jason Stopnitzky, the exclusive agent for this transaction and Co-Founder of Performance Brokerage Services commented, “I have known Mike Murphy for the past 20 years. It was an honor and a privilege to help him retire from the auto industry after 40 years and represent his family through this legacy transition. I want to congratulate Mike on his well-deserved retirement and wish him luck on his next chapter.”

The dealership will remain at its current location at 2740 Broadway in Oakland, California.