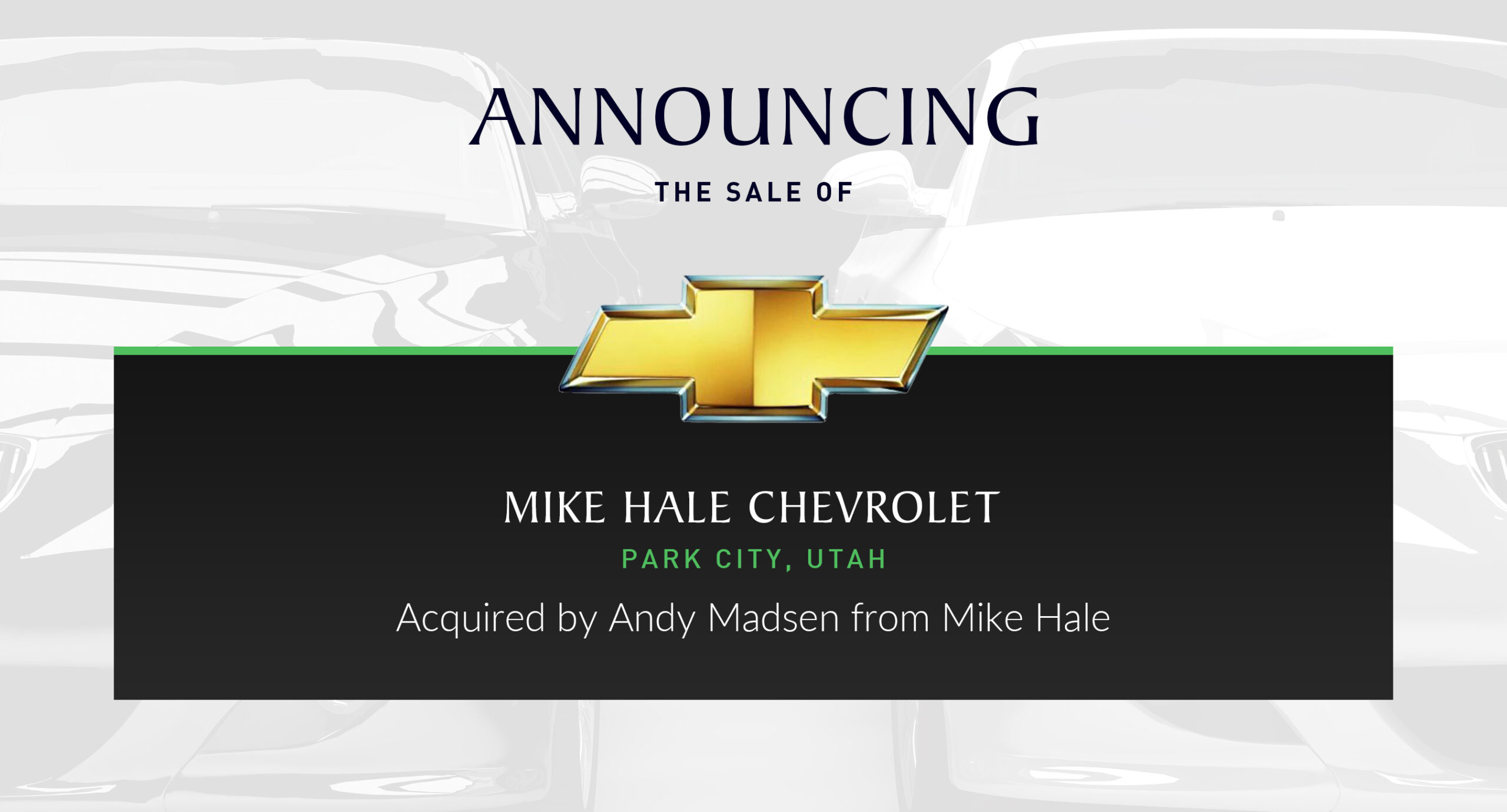 We are pleased to announce the sale of Mike Hale Chevrolet in Park City, Utah to Andy Madsen from Mike Hale. This transaction was exclusively facilitated by our Rocky Mountain Partner, John Mecham and his son, Jonny Mecham of Performance Brokerage Services.

Automotive News reported the following on the transaction:

With the Arkansas and Park City acquisitions, Karl Malone’s rooftop count has doubled since 2019, when the group bought a Toyota dealership in Ruston, La.