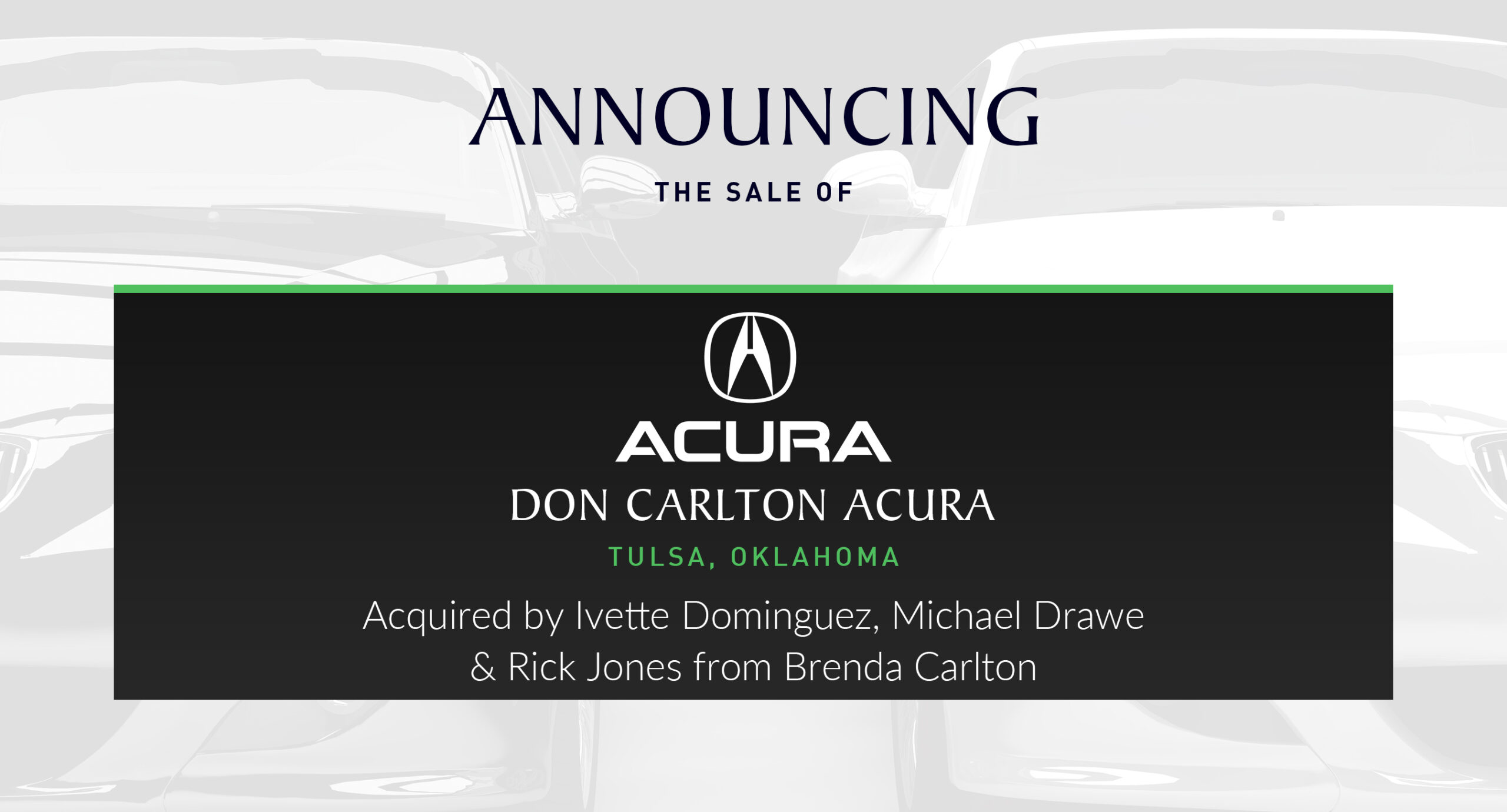 Over the last 5 years, Performance Brokerage Services has represented for sale over 200 automotive dealerships making it the highest volume automotive dealership brokerage firm in North America. Paul Kechnie, the exclusive agent for this transaction and the Texas & Midwest Partner for Performance Brokerage Services commented, “It has been a pleasure to watch first-hand the growth and success of Ivette Dominguez Drawe, Michael Drawe, and Rick Jones. This group is the gold standard when it comes to their commitment to philanthropy and enhancing their communities. We wish them much success with their recent acquisition and look forward to bringing them additional opportunities in the future.”

Ivette Dominguez Drawe met her husband, Michael Drawe, when they were both working in management positions at Sonic Automotive Group. In 2005, they fulfilled one of their lifetime goals and purchased their first dealership, Alpine Buick Pontiac GMC in Denver from Sonic. In 2017, Ivette and Michael partnered with long-time friend and former employee, Rick Jones, to buy their second dealership, Cardinal Buick GMC in Bellville, Illinois. Ivette and Michael continued to serve as President and Vice President (respectively) of their Denver store, while Rick served as operating Partner in Illinois. The group continued to expand in recent years, adding dealerships in Colorado, Illinois, Missouri, and Oklahoma. The purchase of Don Carlton Acura of Tulsa marks their second acquisition in Oklahoma. Following the sale, Rick Jones commented, “We have done two deals with Paul Kechnie from Performance Brokerage Services as we focus on our St. Louis and Oklahoma markets. Paul and Performance are our go to for future acquisitions.”

Ivette Dominguez Drawe is very active in her community and has an impressive history of supporting various organizations, especially minority, children, and women’s causes. She sits on General Motors’ Minority Dealer’s Advisory Council representing Hispanic GM dealers and is a member of the GM Women’s Retail Initiative. In 2020, Automotive News named her on their list of 100 Leading Women in the North American Auto Industry.

The dealership will remain at its current location at 4905 South Memorial Drive in Tulsa, Oklahoma and be renamed Post Oak Acura.