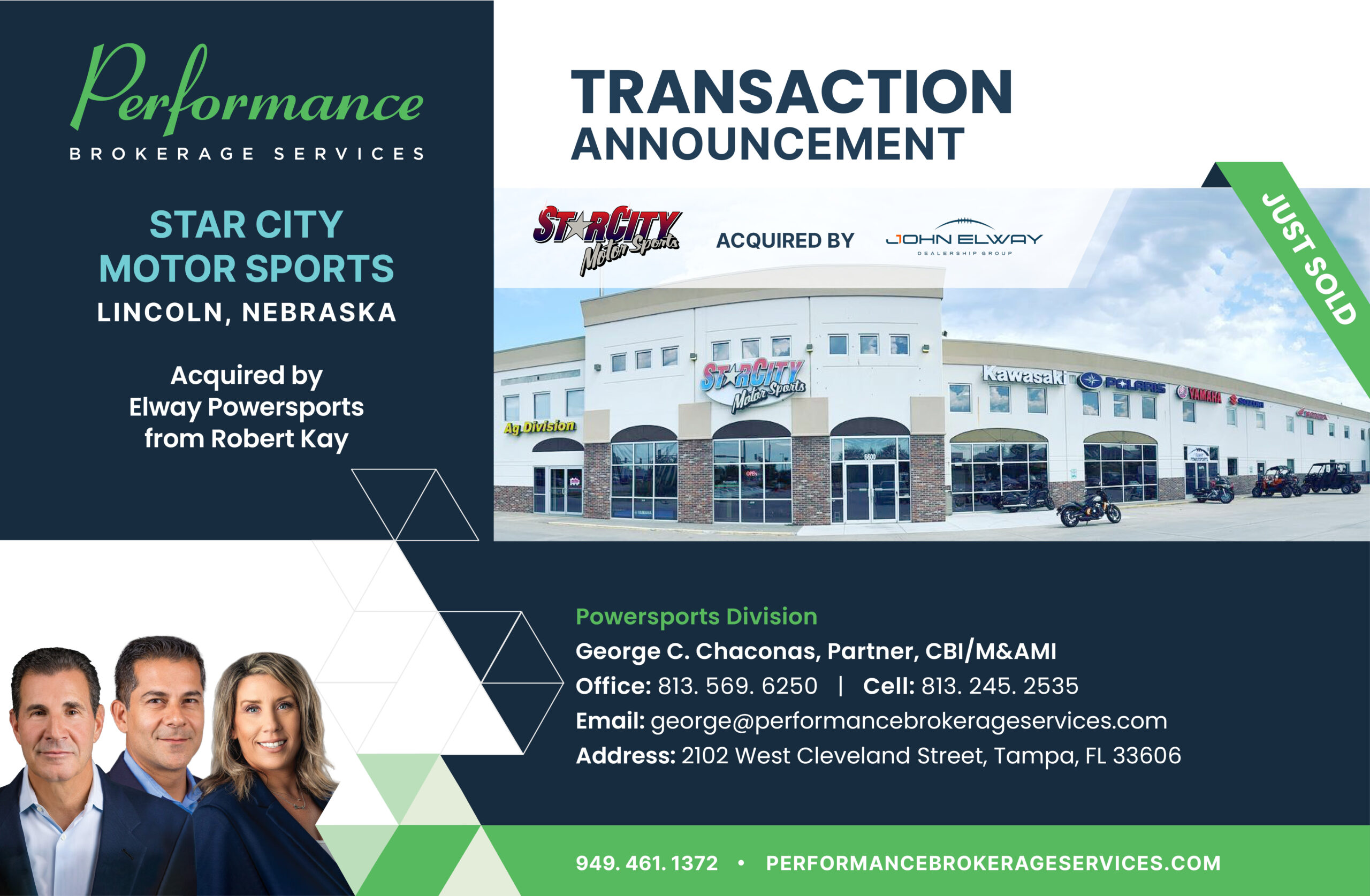 Robert Kay has worked in the powersports industry for more than 40 years. An avid motorcycle rider and adventure seeker, he has ridden around the world and also trekked some of the highest mountain peaks, including Mount Everest. In 1997, he relocated his family from Colorado to Nebraska and acquired his first dealership, Star City Motor Sports of Lincoln. After many years of continued growth and success at his first dealership, Kay acquired Platte River Harley-Davidson of Grand Island in 2016.

Over the last 5 years, Performance Brokerage Services has advised on the sale of over 300 dealerships, making it the highest volume dealership brokerage firm in North America. In 2021, the company consummated 72 transactions, marking a record-breaking year. George C. Chaconas, the exclusive agent for this transaction and the head of the National Harley-Davidson and Powersports Division for Performance Brokerage Services commented, “I met Robert Kay over 5 years ago at his dealership in Lincoln. I grew to admire not only his success as a powersports and Harley-Davidson dealer, but also his passion for life and his adventure seeking lifestyle. When the time came to sell his dealerships, I understood that it was not an easy decision, and that we would need to find a unique buyer for each dealership. I am honored that we were able to identify the right buyers that will remain committed to his vision and taking care of his staff. We were also able to maximize the value of the dealerships and capitalize on his many years of building goodwill in the community. We wish Robert all the best on his next adventure!”

John Elway Dealership Group is headquartered in Englewood, Colorado and was established in 2004. In 2021, the company added a Powersports Division and has since expanded to include 4 powersports dealerships in Colorado. This acquisition marks their first dealership in Nebraska.

Star City Motorsports will remain at its current location at 6600 North 27th Street in Lincoln, Nebraska.